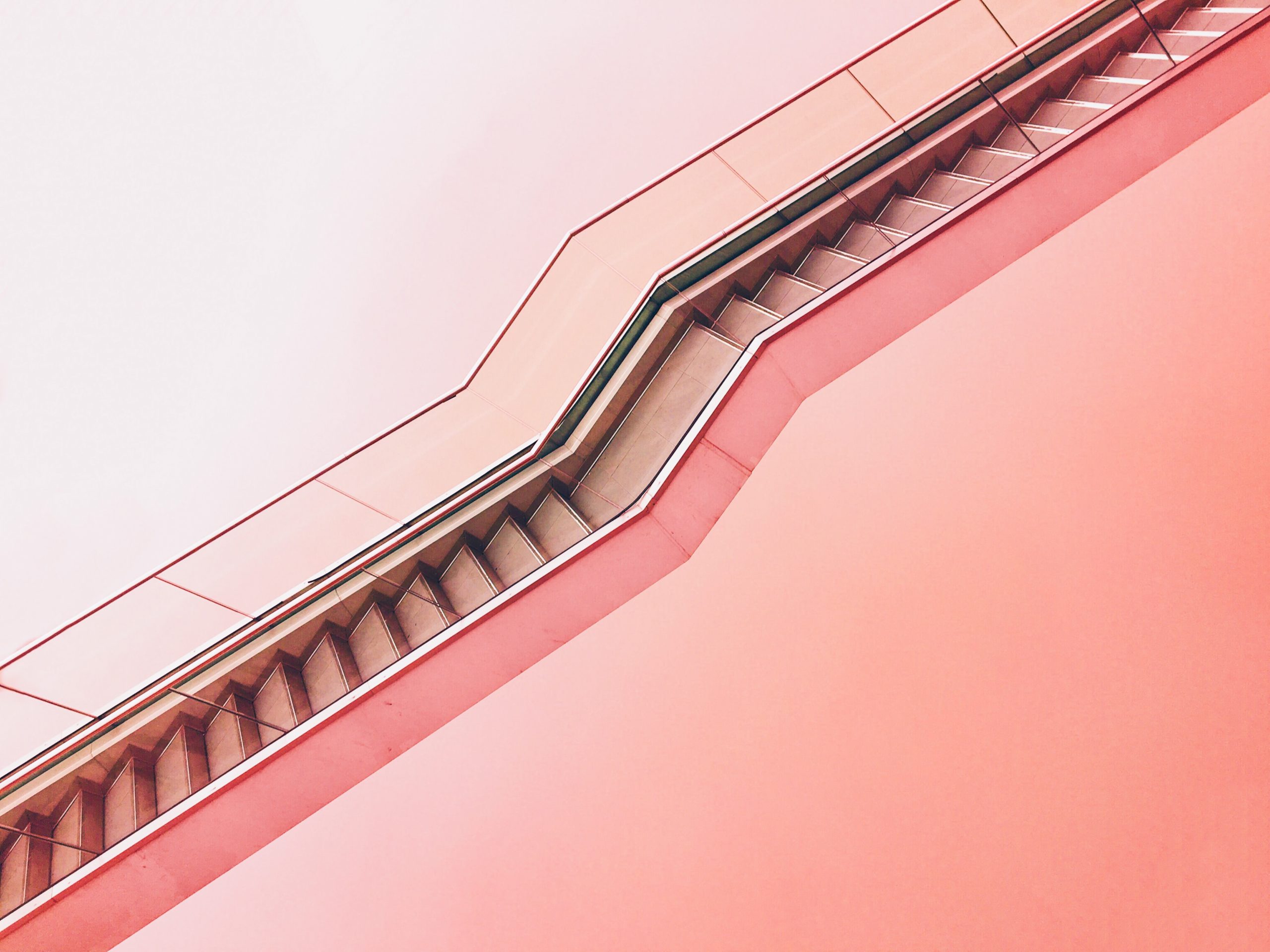 Software companies should put careful deliberation into their engineering job levels, and make available a job ladder explaining what is expected of employees, the distinction between roles, and areas for career growth.

In this post, I’ll discuss why having a job ladder helps everybody; what makes for a good job ladder; the way I think about software engineer job levels; and I’ll end with some related advice. While the intended audience is management, engineers may gain some insights by seeing things from the company’s point of view.

Note that this post only covers the individual contributor (IC) engineering track. I will not discuss parallel tracks (management, product), moving between tracks, or whether the leap from IC work is permanent. Those are all worthy topics but are beyond the scope of this piece.

Yes, the idea of a job “ladder” is a bit weird

The notion of a job “ladder” implies a highly structured and stable industry with a long-term path to a meaningful endpoint, like making partner. But modern careers are much more fluid with many possible (or unforeseen) branches. Employees often change jobs every few years.

Don’t think of the career ladder as a long-term life plan. It’s easy to pay too much attention to the top of the ladder (“what am I really doing with my life?”), but it’s the next rung that matters most. The ladder is a tool for setting expectations about the next few years.

Suppose you don’t have a job ladder

New companies or teams often don’t have well-defined titles or roles. In fact, this may be a perverse source of pride; you may hear things like “we’re a flat organization” and “titles don’t matter.” While people may have very different salaries, there’s a general sense that it’s a meritocracy.

Well, if things are working without a job ladder, why go through the hassle of making the change? Let’s look at some examples.

Everyone wins when there’s a job ladder

A job ladder communicates which skills and traits are important. These must align with your company’s mission and values — the culture of problem-solving you want people to use for staying focused on the end customer, resolving conflict, and making difficult decisions. The phrases used in your company’s principles and mission should be included in the job ladder and also used for employee feedback. Amazon’s leadership principles are a great example.

What goes into a good job ladder

A well-crafted job ladder should do the following:

My job ladder for software engineers

I lean towards a job ladder based on spheres of ownership and responsibility, rather than defined skill levels. I prefer this model because it maps well to how tasks are broken down and assigned, and there’s a clear difference between each level.

Skills matter too, of course. All software engineers must be able to write code and solve customer problems in a team environment. I’ve found the essential traits to be:

That being said, these abilities are fairly “sliding scale” with no obvious step function where you can point at any one skill level and say “aha! This means you’re a level 3 instead of a level 2!” My job ladder assumes these traits matter, but avoids specific guidelines.

The exception is Level 4 engineers (and beyond); for these, very deep and specific technical and architectural experience is a requirement.

Junior engineers bring a lot of raw energy and potential to a company. They “do work” you give them — often, quite a lot of it. They need help with up-front project planning and the breakdown of tasks into specific chunks of work. Team leads should check in fairly often to make sure they’re on-track and have direction.

I prefer to use the public title “Software Engineer” (dropping the “Junior”) because nobody wants to called “junior.” Internally, you can call this level-1 without insult.

I find level-1 interviews to be the hardest to arrange because candidate skills levels are all over the place. Initiative and critical thinking are what matter most, but these are difficult characteristics to measure in an hour or two. Let go of level-1 engineers who won’t be promoted to level-2 within 2 years.

Level-2 engineers can take ownership over a body of significant software. You can trust them to take loosely defined requests and do the right thing — break down complex tasks, make reasonable decisions, and operate fairly independently between periodic check-ins. Communicationand critical thinkingskills are essential.

While someone can be a level-2 engineer for several years, eventually they should demonstrate they can take on more ownership and be promoted to level-3, or leave the organization.

Level-3 engineers take ownership over a whole product (e.g. an entire application, or suite of services). In additional to delivering solid and maintainable software, they understand company dynamics and good process.

Senior engineers often wear an additional “tech lead” hat. This means they take on the (thankless) work of project management and process oversight. They keep the trains running on time. Note that a tech lead does not have direct reports and does not boss people around; they lead by gravitas.

This can be a career position. It’s perfectly normal to have solid level-3 engineers who are happy being individual contributors, and don’t want to move to management or general architecture.

Level-4 engineers are architects who can evaluate system-wide platform decisions and set long-term company-wide technical strategy. They often have two roles, working both as individual contributors on a feature team and also as architectural reviewers working with the CTO. Your architects should be humble and outgoing; they are your engineering cheerleaders.

Of course, you should compare this job ladder with the many other excellent blog posts and ladders out there. Here’s a few:

Some areas you’ll see differences of opinion are:

When do you need to create an engineering job ladder?

I’d say by the time you have 5–10 software engineers and are starting to think about asking someone to become a full-time manager, you should also start thinking about clarifying job roles and career paths.

Who writes the job ladder?

Even if someone sincerely tells you “titles don’t matter,” all that really means is that “titles don’t matter at this point in time.” As companies grow, job leveling is inevitable; title will be used as a proxy for level, which dictates your salary and career options. When you switch jobs, you will be recruited and compensated based on your previous title.

Always make sure your title and role are spelled out.

Tie salary to level, and use equity to reward performance

Manage salaries as if you had to post them outside your office door.
— M. W. Mantle, Managing the Unmanageable (2013)

Employers should establish a salary band for each job level, based on industry comparable data. This does restrict their ability to recruit star candidates on the basis of salary, or to reward stellar performers with a big raise; but it’s the only tried-and-true way to keep budgets under control and avoid unfairness.

One-off equity grants with a future vesting cliff, e.g. a grant over 2 years that starts vesting in one year, are one way to reward extraordinary performance. This shows key employees that even though you may not be able to give them a big raise, you still value their contribution and want them to stick around for the long term.

Promote by ability, not seniority

Promotions are generally not rewards for past performance. Instead, management uses promotions to advance those who display the potential to tackle the next level of bigger, tougher problems.
— Ray Weiss, The Technical Career Navigator (Prentice Hall, 1994)

Promote people who are already functioning at the next level. If a level-2 engineer wants a promotion, they should demonstrate they are doing level-3 work. It’s your job as a manager to give them projects where they can cut their teeth (and land gracefully if they’re not quite ready).

Never create the expectation that promotions are a function of time at the company, or open the door to promoting someone above their ability.

For level 1–3 engineers, I haven’t found formal education to be a reliable predictor of success. I’ve had several excellent hires who were self-taught, or who came from vocational 6-month code academies. I no longer require candidates to have undergraduate C.S. degree, and I’ve stopped asking algorithm-heavy interview questions.

The level 4 (principal) engineering role is the exception; the role requires a solid academic foundation in algorithms, systems, architecture and bits-and-bytes.

Do contractors fit on the job ladder?

No; they’re hired guns. Your assessment isn’t about their level, but whether they’ll finish a particular project.

Where do interns fit into this?

Again, they’re not really on the job ladder because you’re not hiring them full-time. Here’s my rules on interns:

Employees want to know where they stand in an organization. Having well-defined career milestones with expectations and objectives makes everyone’s jobs easier.

When writing a job ladder, the key things are:

You can fine-tune your roles and values over time; but never violate the principle of fairness. Everyone must be held to consistent standards or else your morale and productivity will crumble. A good jobs ladder levels the playing field and lays out the rules to the game.