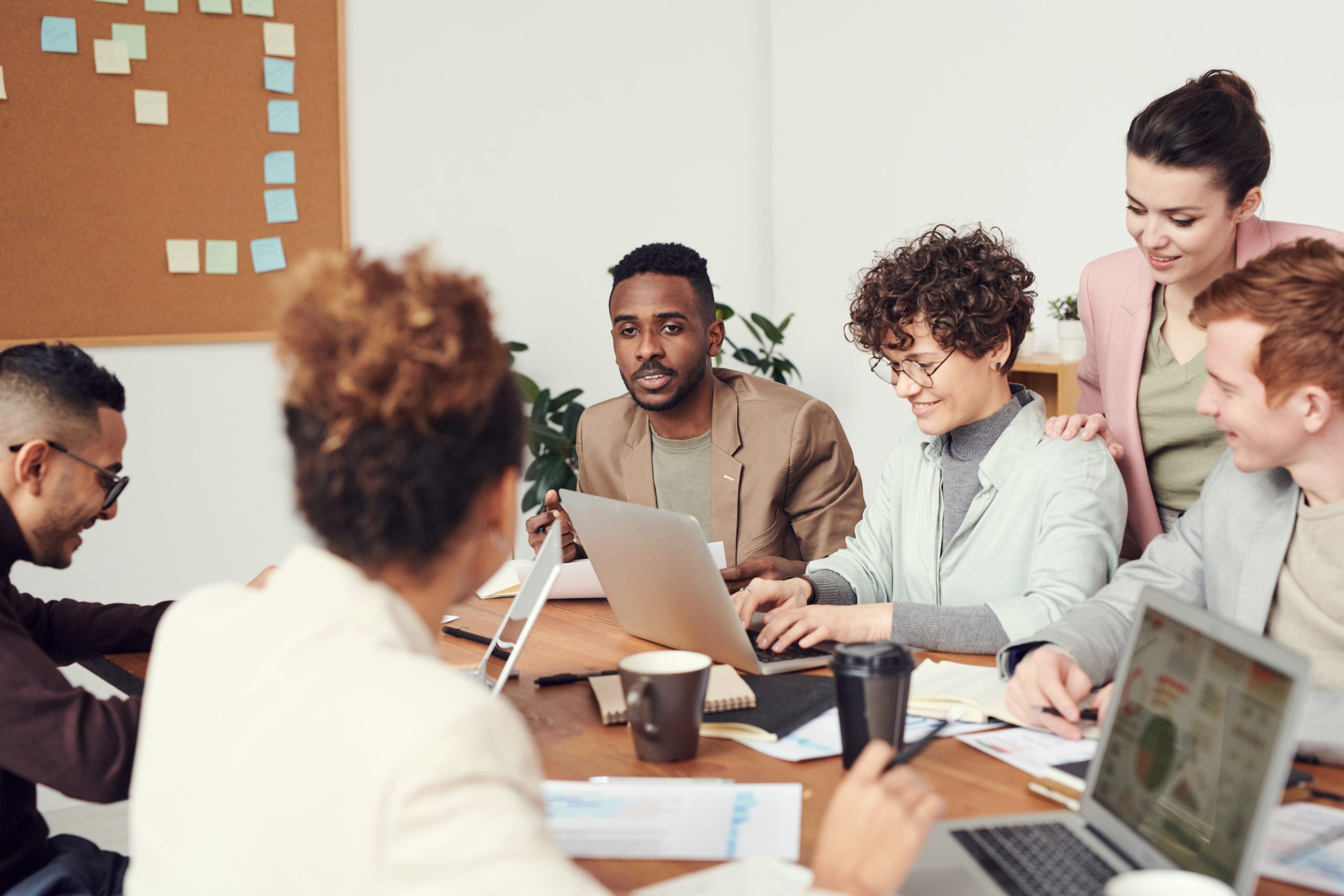 The days of companies wondering whether they should jump on the data analytics bandwagon, or having a single data analyst on staff, are gone. For firms today, the focus has turned to building the right team to fully harness all that data has to offer.

As companies add to their data teams, analytics jobs are increasingly popular — “data scientist” and “data engineer” were both in the top 10 of LinkedIn’s 2020 Emerging Jobs Report, determined by earnings potential, job satisfaction, and number of job openings. Companies are expected to continue to add and grow data teams amid the rise of the “internet of things,” artificial intelligence, and machine learning.Work smart with our Thinking Forward newsletterInsights from MIT experts, delivered every Tuesday morning.

Ryan Sutton, a district president for tech staffing firm Robert Half Technology and The Creative Group, said more companies are embracing what he calls a highly organized data approach. “A lot of larger companies, for example insurance companies, have a progressive approach to data overall, and the structure of their organization is focused on data — a data team, we could even argue,” he said. “[Companies are] even creating dedicated org charts specifically to tackle this, whether that is a department or whether it is a group of people that are allocated to different departments that collaborate frequently on data.”

“The overarching trend in data in the last 10 years is just growth,” he added. “It’s how it’s evolved and how it’s grown.”

Digital roles are changing along with increased adoption and advances in technology, and titles are imprecise as different companies and sectors use different names for similar jobs. Some might have one go-to digital analyst who does a range of tasks, while others are on their way to building a team of experts in different areas.

As companies look at fully embracing data and ramping up their analytics departments, creating the right operation is key. Here are some key roles to consider when building a data dream team.

Data engineers are a core part of a data analytics operation. Engineers collect and manage data, and manage storage of the data. Their work is the foundation of a data operation as they take large amounts of raw data and prepare it for others who make business decisions, write prediction algorithms, and the like.

“I would really want a pair of really, really good data engineers. Those people are the heart and guts of your pipeline,” said Althea Davis, the enterprise data governance manager at Etihad Aviation Group, who previously worked in senior data governance positions at Heineken and Ing bank.

Data engineers tend to have software engineering or computer science backgrounds, according to Michelle Li, the program director of MIT Sloan’s Master of Business Analytics program and former director of the Global Technology Group at UBS Investment Bank. “The data engineers are really the backbone,” she said. “If you’re building a house, they’re the structural engineer.”

While engineers maintain the data, data scientists figure out what to do with it. The two positions are the starting point for most companies with big data strategies, Sutton said.

Data scientists are highly sought positions. “I would say data scientist is the most popular title that students want coming straight from a program like ours,” Li said. Some companies have changed traditional roles like operations research, marketing, or data analyst into the data scientist or research scientist title, she said.

Data scientists tend to be a bit more business-facing, while data engineers focus more on infrastructure, scale, and data quality, said Tim Valicenti, a 2018 graduate of the MIT Sloan MBAn program and senior analyst at McKinsey, a role that blends data scientist with classic management consultant. “What kind of insights can I draw from the data, and where can I bring in the business acumen,” he said.

While traditionally research and data scientists had PhDs, that is no longer a requirement of the job, Li said. In fact, students leaving the MIT Sloan business analytics program often get jobs with “scientist” in the title.

Sutton said that change can mean grouping people with different skills under the same title. “I think even ‘data scientist’ sometimes gets misunderstood, where there are true, proper, data scientists, and then there are very good data-savvy people,” he said.

While data engineers and data scientists are established roles, several newer titles are taking analytics operations to the next level — like data translators, who serve as a bridge of sorts between data and traditional business operations by translating the insights gained from analytics into actions the companies can take to gain value.

“A data translator is somebody who understands the algorithms, who understands what the data scientist does, but then uses that in the business setting,” Li said. “We’ve seen a lot of MBA students or managers who don’t necessarily have the deep-dive math or analytic skills, but they are able to provide business insight. They still have to know roughly what the models do to be a translator, but they don’t have to do the programming themselves.”

At McKinsey, Valicenti said, data translators fall between data science consultants and classic consultants as they manage a data science team and communicate needs and results to clients in other parts of the organization, like executives. “You can’t really expect C-suites to know, or need to know, all this kind of data science jargon and machine learning,” he said. “[Executives] know what machine learning is on a high level, but they don’t always have the time to learn what the details are. Translators are necessary to bridge communication between executive stakeholders and analytics-heavy teams.”

As companies invest more resources and become more reliant on data, some translators can also take on training roles and educate others about how to use data. “They will train the field team on how to leverage the reports, how to understand the reports, how to somewhat lightly customize the reports,” Sutton said. “So those data translators, I think, are really just a glimpse of how companies have evolved.”

Like other analytics jobs, the data translator role is known by other names, in this case data curator or data storyteller. “I wouldn’t be surprised if we start hearing data whisperer,” Sutton said.

Evolutions in companies’ technical capabilities and the way they use data are leading to new roles. Some build off existing roles and add in new focuses, like machine learning engineers — data engineers with specific knowledge in machine learning and artificial intelligence.

“One of the hot titles that I would grab off the market immediately is a title called knowledge engineer,” said Etihad Aviation’s Davis. Knowledge engineers build intelligence into computer systems — they create brains, of a sort, that can mimic human decisions. Beyond statistics, knowledge engineers — or a similar title, ontologists — work on providing semantics: how the information relates to the rest of the world.

While traditional analytics allow companies to analyze past trends and events, ontologists take broader view, acting as a sort of company brain that takes the outcomes of analytics findings and combines it with information from inside and outside the company to answer a question.

“Notions reside in the minds of many staffers. Ontologists help include the ‘edge’ data citizen who has notions to be brought into the fold,” Davis said. “It is these bits of knowledge from the larger corporate audience who never get heard in traditional data management.”

“They take the whole natural language questioning that business has to a whole other level. They actually consume the results of advanced analytics into their knowledge graphs and ontologies and come up with real answers to business questions,” she said.

“You and I would logically say, ‘I wonder when this COVID-19 thing is going to end and people are going to start flying again.’ With a good knowledge graph and ontology — ontology that allows your brain, your company brain, to communicate with all the knowledge of the world if it wanted to — you would be able to answer that question,” Davis said. “Not in the sense that it’s 100% absolutely right, but you would actually be able to get to something much faster than another company that’s still working on the paradigm of hindsight-focused business intelligence.”

So, who’s going to lead?

Any team needs a leader, and so far companies are taking varied approaches when it comes to who is in charge of their data operation. Some companies are adding chief data officers, or even chief data analytics officers, to the C-suite. According to a 2020 NewVantage Partners survey of more than 70 executives from Fortune 1000 and other leading companies, about 57% of the companies had appointed a designated chief data/data analytics officer. Yet only 28% of the respondents said that role is settled and established, and about 27% said there is no single point of accountability for data. There was some discrepancy between types of organizations, with 64% of financial firms appointing a CDO, but only 48% of life sciences companies.

At some organizations, data teams report to the chief administrative officer or chief operating officer, Sutton said, while others put general vice presidents of technology or other leaders in charge, sometimes with subset titles like business technology, automation, digital transformation, or technology development. “You’ll have chief digital officers, you’ll have general vice presidents of technology,” he said. “The titles can vary from company to company.”